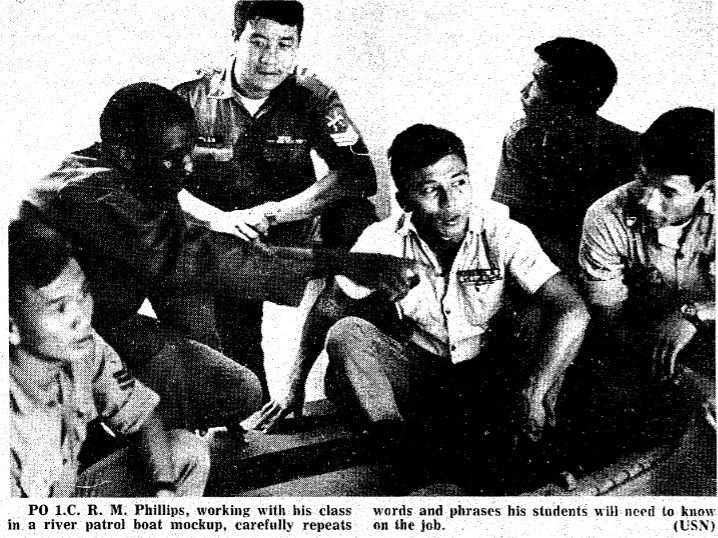 Many Swift Boat Crews had a Vietnamese Navy Petty Officer (VNPO) as part of their crew on an either regular or occasional basis.  The VNPO:

In 1969, as the American people tired of war in Vietnam, Commander US Naval Forces, Vietnam, initiated a plan for Accelerated Turnover to Vietnam (ACTOV) of US Navy assets in Vietnam including Swift Boats.  As mentioned above, the last US Navy Swift Boats were turned over to the South Vietnam Navy in December of 1970.  During ACTOV, US Navy Swift Boat Crews embarked their counterparts either as individuals or complete crews.  The formal job description for these counterparts was controlled by the South Vietnamese Navy.  From the perspective of US Swift Boat Sailors, the job description of their counterparts included: