Batcheller-A Night on the DMZ

Batcheller-A Night on the DMZ

Personal recollections written by Jack Batcheller, GMG3 during the time period of February 1968 through February 1969. "This particular patrol was like many that we had made to Alpha area, the farthest patrol area north of DaNang which was bordered by the DMZ on the north.
Our OinC {officer in charge} had special plans for PCF 15 and her crew that night. We were going to go across the DMZ a short ways and then drift back down throwing our anchor out when we were at the DMZ and about 100 yards of the beach..." 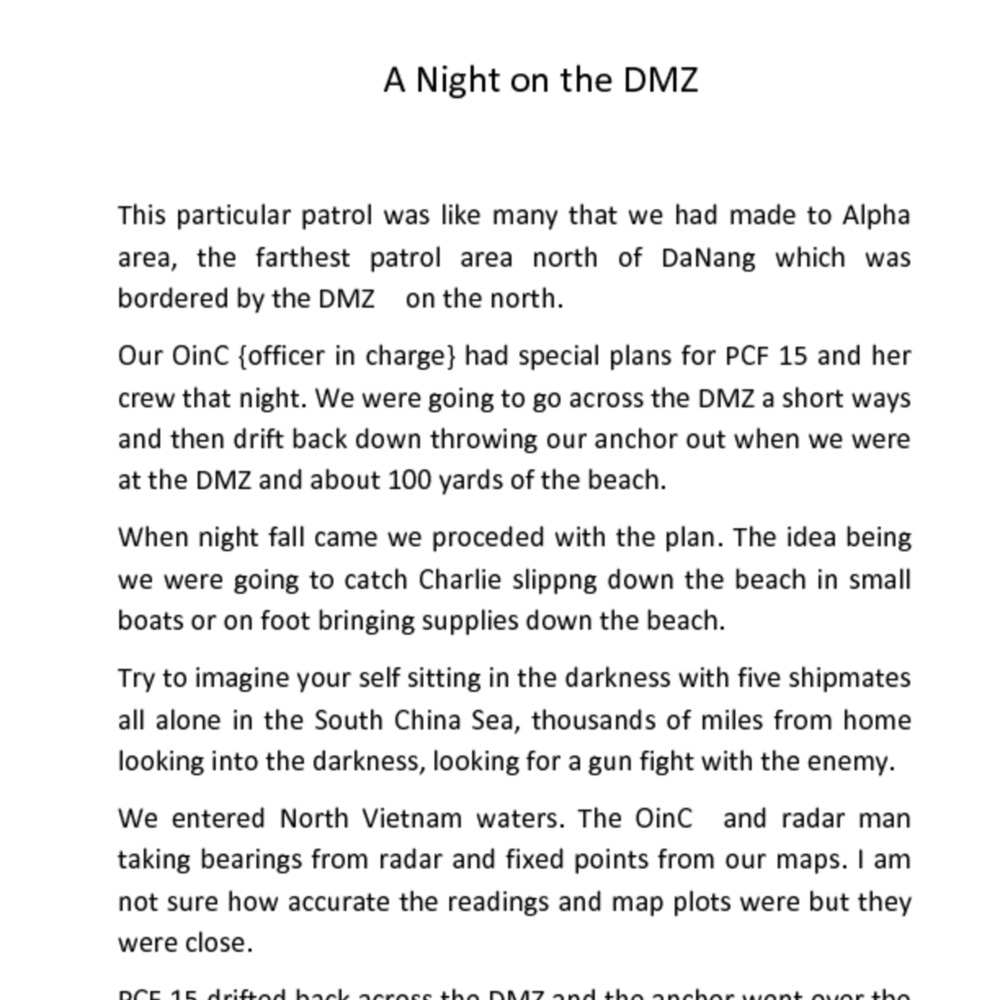