"This was the fate of the 43 boat. In April of 1969 on the Doung Keo River, the 43 was part of a river opp. carrying troops, UDT, and over half a ton of C-4 explosives. While travelling at speed the boat took a rocket hit that disabled the steering and the boat ran onto the river bank near the ambush site. It was repeatedly hit by enemy fire until it caught fire. The war load and fuel caused the boat to be completely destroyed. The crew abandoned the boat and formed a defensive perimeter until they could be extracted. Five were killed and many wounded." - Darryl S. Skuce, GMG2

Backside of letter written home by Darryl S. Skuce, GMG2 at the time of the incident. 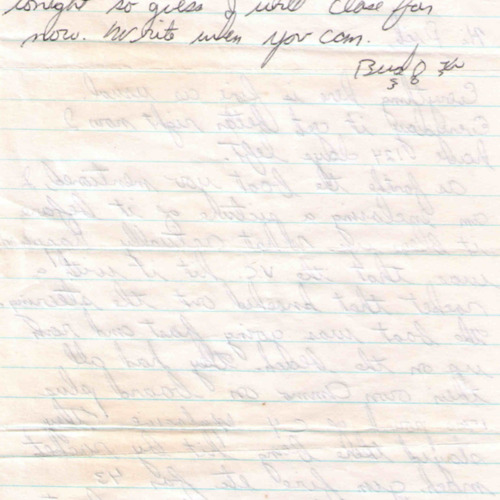