The initial crews (1965) arrived at the US Naval Base in Subic Bay, Philippines after a short training period in Coronado, California.  Outfitting the new watercrafts arriving from Sewart Seacraft was their first priority.  On the job training honed their skills and readied the crafts heading to the bases in South Vietnam.

Once the Swift Boats arrived, the incoming personnel received extensive training in Coronado, CA before heading to their bases.  This included cross training in different ratings to ensure an injured crewmember’s duties were covered if necessary.  The Officer and typically the Quartermaster received intensive training in the Vietnamese language at the Defense Language School.  Other training included Survival, Evasion, Resistance and Escape (S.E.R.E.) in the mountains of California or in the Whidbey Island, Washington wilderness; survival swimming and rescue training; and firearm training (.38 caliber and .45 caliber, M14 rifle, M16 rifles, .50 caliber machine guns, grenades and 81mm mortar).  Initially, training lasted 10 to 12 weeks and increased as experiences in combat determined new lessons.  The below ten (10) Swift Boats were used in the training. 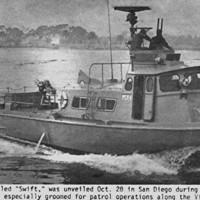 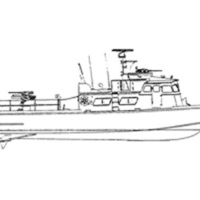 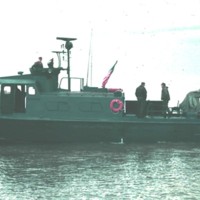 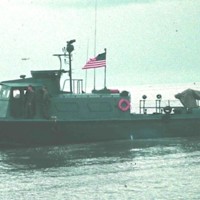