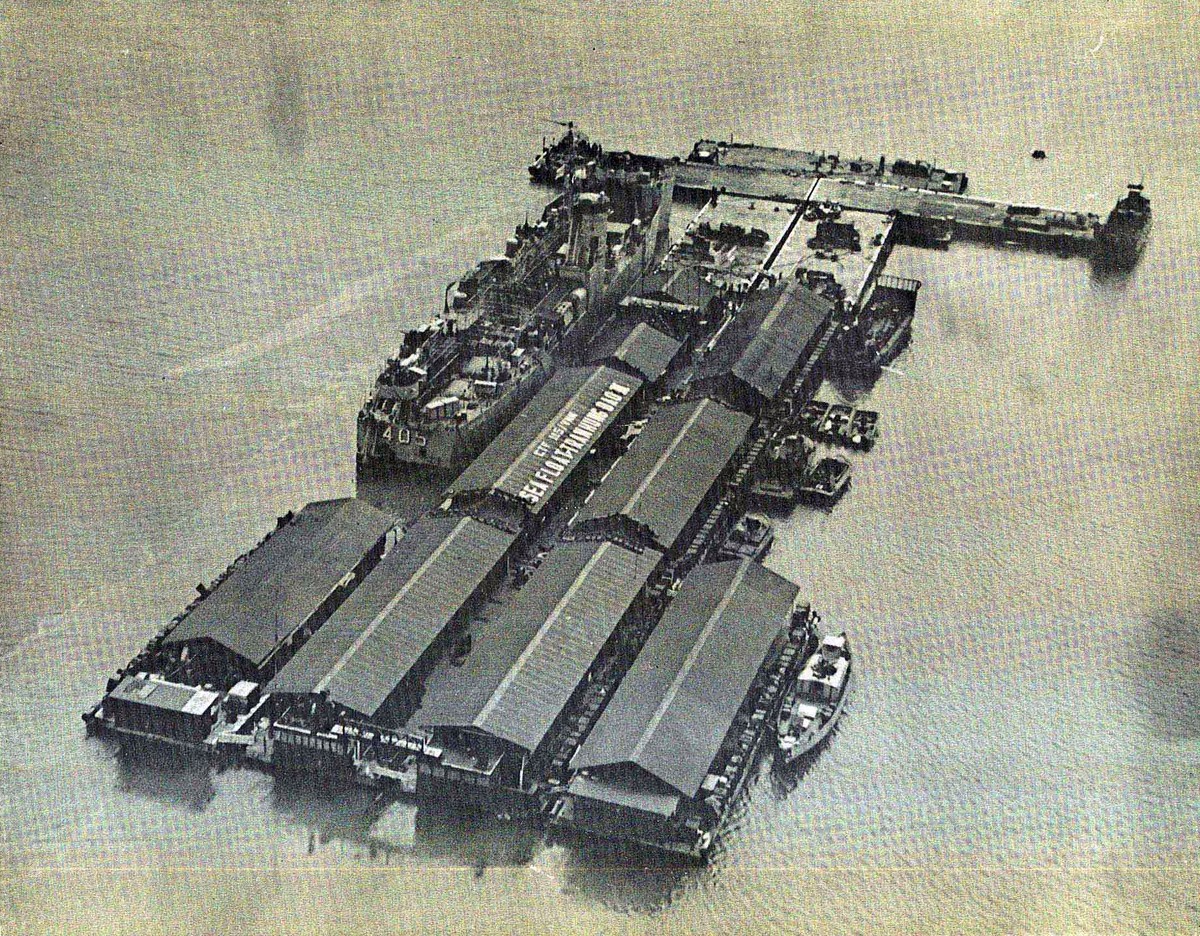 One of the more egregious areas of northern presence in South Vietnam was the Ca Mau Peninsula. Admiral Zumwalt characterized this part of the country as "... a place of streams and mangrove swamps, hard to get to, and even harder to get into, at the extreme southern tip of Vietnam. The US command had regarded the peninsula as so irremediably enemy country that it evacuated as many of the inhabitants as possible and then bombed it with B-52s."

A particularly hard hit area was Nam Can forest west of the intersection of the Cua Lon, Dam Doi and Bo De rivers. The town of Nam Can was overrun during the Tet Offensive of 1968 and destroyed during several hard fought battles to evict the northern forces. Despite a concentrated effort in early 1969, including a number of Market Time Raider operations to insert Vietnamese troops and a large operation by three battalions of Vietnamese Marines along with thirteen Swift Boats, supported by aircraft, known as Silver Mace II, the entire area remained in the control of the North Vietnamese.

With the support of COMMACV, COMNAVFORV hit upon the extraordinary concept of constructing a floating base near the intersection of the three rivers to establish a permanent presence in this "Indian territory" in order to bring some semblance of tranquility to the region. This innovative tactic could potentially allow the populace to return, facilitate the rebuilding of Nam Can and perhaps restore economic vitality to the area. 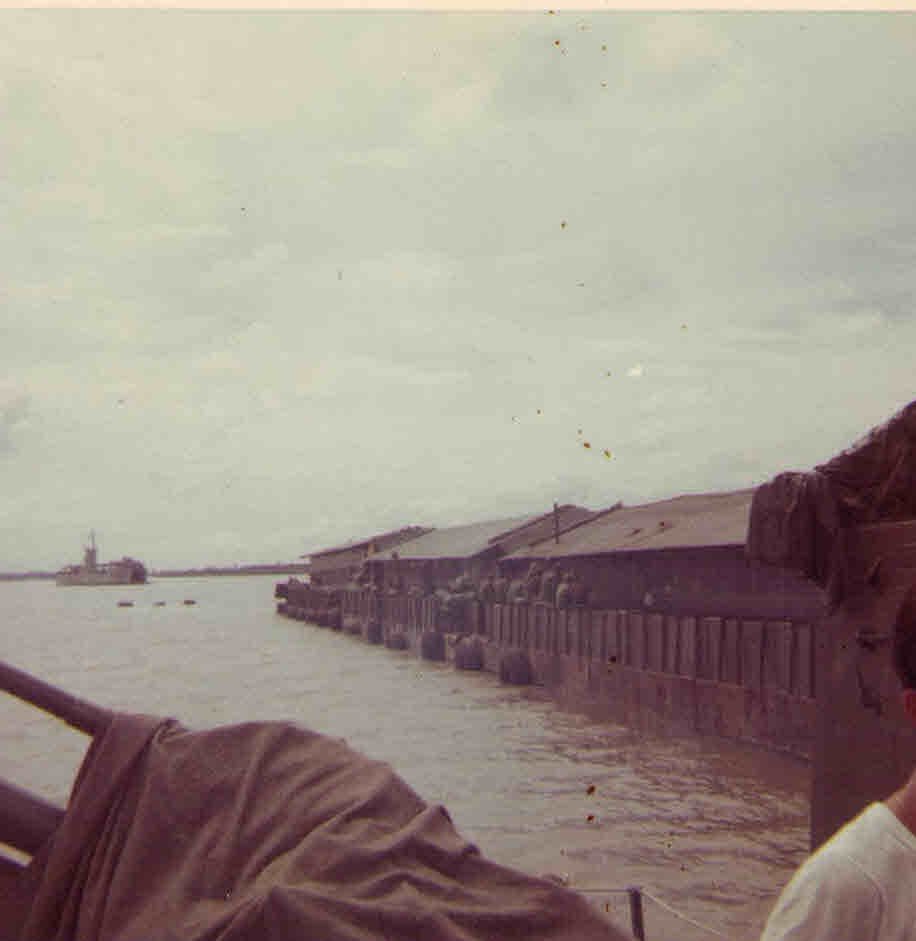 Sea Float barges anchored near to Nam Can city in the Cua Lon River. Summer 1969

Several pontoon barges were lashed together at a naval support base near Saigon. Berthing facilities and equipment provided everything needed to allow in excess of one-hundred-fifty personnel to fight a protracted campaign up and down the two rivers. The entire base was loaded on LSDs, carried up the Bo De River from the South China Sea in June 1969, and anchored using a six-point mooring system in the middle of the Cua Lon River adjacent to the vacated town of Nam Can.

American and Vietnamese military personnel staffed Sea Float to support water and airborne craft of diverse capabilities: PCFs, PBRs, the large "Ashville Class" Patrol Gunboats, Riverine craft (ATCs and ASPBs), VNN Yabutas, and other Special Forces Craft. Two of the USN Seawolf helicopter gunships were also permanently based on the "floating fortress." In keeping with the emerging policy of Vietnamization, the commander of the base was an American while the deputy commander was South Vietnamese.

Life aboard Sea Float was sparse, fast paced, and held daily dangers. However, most daylight hours allowed a certain amount of normal human activities to take place even on the unusual platform where the potential for violence was possible at any moment. Initial Swift Boat crews were volunteers. A regular rotation ensured personnel could gain some respite from the high level of daily enemy contact experienced during a tour at the base.

There was more to life on board Sea Float than daily routine tasks. Despite perimeter defenses and aggressive patrols by the attached units, the surrounding landscape allowed the enemy to maintain constant pressure on the base and its occupants. One of the ways to protect against sappers and floating mines was to drop percussion grenades randomly over the side. However, the darkness always brought uncertainty with the need for heavier weapons support to maintain security at the installation.

The Swifts stationed at Sea Float were very active in patrolling the main transportation routes of the broad Cua Lon, Bo De, and Dam Doi rivers as they flowed into the Gulf of Siam and the South China Sea on either side of the Ca Mau peninsula. Along with the other Riverine, PBR and Special Forces craft, they also entered and kept careful watch on the many small canals and tributaries that connected to these principal waterways. Defoliation of the areas off the main rivers denied the use of camouflage by the enemy.

As with other Swift bases, all patrols required that the Sea Float boats be adequately prepared before departing on a mission. Maintaining an aggressive schedule and coverage on the rivers meant that the crews had little time to recover upon returning until it was time to go out again.

No longer operating as single entities, the boats would make their aggressive patrols in pairs or in conjunction with the PBR's and Riverine Forces to pursue the enemy forces present throughout the Nam Can forest region.

In addition to the main rivers, the constricted space on the side waterways contained many uncertainties on or near the narrow riverbanks. Therefore, encounters with entrenched NVA units were a common occurrence. One never knew what was waiting just around the next bend in the river. Extreme caution was necessary while entering a klong or side canal. Slowly, the presence of the enemy and attacks on the base and surrounding area diminished. The local inhabitants came to rely on the base and provided information about enemy activities.

Waterborne trade with other regions was re-established using the rivers to transport goods. Nam Can was re-occupied and hamlets sprung up in nearby areas. The price of this success was high. Deprived of their main defense of maneuverability and speed in the constricted tributaries, and with only the insignificant quarter inch aluminum skin construction for armor protection, the Swifts were easy targets for the B-40 rockets and other heavy weapons utilized by the enemy from their hidden bunkers on the close by riverbanks.

(The original text can be found at http://pcf45.com/sealords/seafloat/seafloat.html.  Permission to use granted by the owner of the PCF45.com.)